Fortune Hunter is an educational game for OLPC XO laptop, teaching fourth grade mathematics through the guise of a dungeon-styled adventure game. 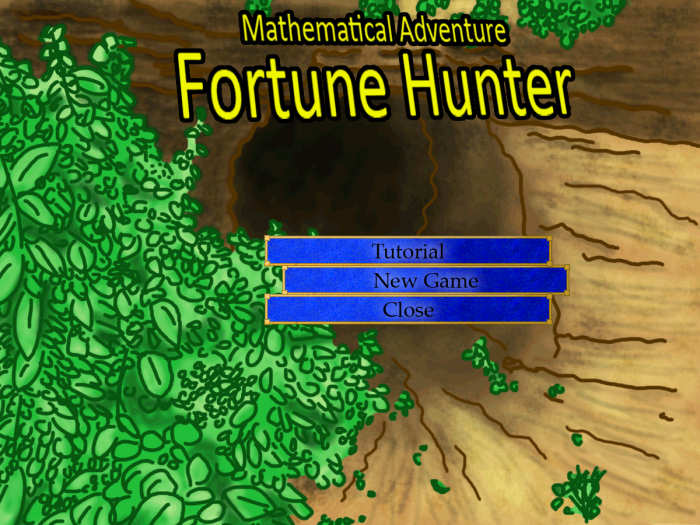 Fortune Hunter draws on teaching children of a global scale fourth grade mathematics through the guise of a dungeon styled adventure game. Players will be able to explore dungeons and fight fearsome battles with various monsters, each requiring special attacks pertaining to unique mathematical concept to defeat. The player controls a protagonist that must progress through maze-like dungeons, solve puzzles / problems, and defeat enemies in a two dimensional world. It is a single player adventure with room for ad hoc cooperative play in the future.

For more information or to download, visit our wiki site.

MAFH follows the story of Arith, a determined young researcher dedicated to finding all of the world’s best hidden secrets. One day she stumbled across a piece of blank papyrus during the time she spent studying in Egypt on a dig site. She quickly brought it to her best friend and colleague, Lytic. They were determined to find out more about this strange paper, but the two could not unearth its secrets in such a short time. To them, it was just a blank piece of ancient material.

Two months later, the dig ever deeper into the earth, Arith noticed a faint glow emanating from a random pile of dirt. “What’s that over there?” she asked Lytic, who was standing nearby with his shovel. Digging it out, Lytic noticed that it was a small amulet. It let off the strangest beautiful teal glow. “Strange,” he remarked. Lytic stared deep into the light, his eyes widening as if in a trance. “Just what are you?” he questioned. The glow got even brighter and then went dim again. Now the amulet appeared to be as plain as any other stone. Confused, the two left the site to turn in for the night.

Upon bringing this find to back to their living quarters, Lytic tossed it lightly on the table. It landed near the old blank papyrus that Arith had found months earlier. The amulet began to glow again. This time, the papyrus wasn’t blank. The light appeared to be the key and filled the papyrus with teal characters and symbols. The two stared amazed at the sight. Nothing made sense. It was no language they’d ever come across before. Upon closer inspection, only one thing was certain. The image of a giant pile of treasure, larger than anything you could imagine. The other familiar image was of a human mind with mathematical symbols surrounding it. Apparently, those who desired this treasure must be intelligent and versed in the ways of mathematics. There was one other hint on the old Egyptian paper. It was extremely cold to the touch. The two agreed this meant it must be somewhere on Earth in a very cold or dark place. At last, a massive treasure hunt was underway.

Four days after, Arith and Lytic found themselves in a strange place face to face with a mysterious and ancient building, relics in hand. “You wait here. I’ll go take a look around,” Arith told Lytic. “Okay. Good luck.”

Arith entered the chilly, dark structure alone; unaware of what lay in wait…